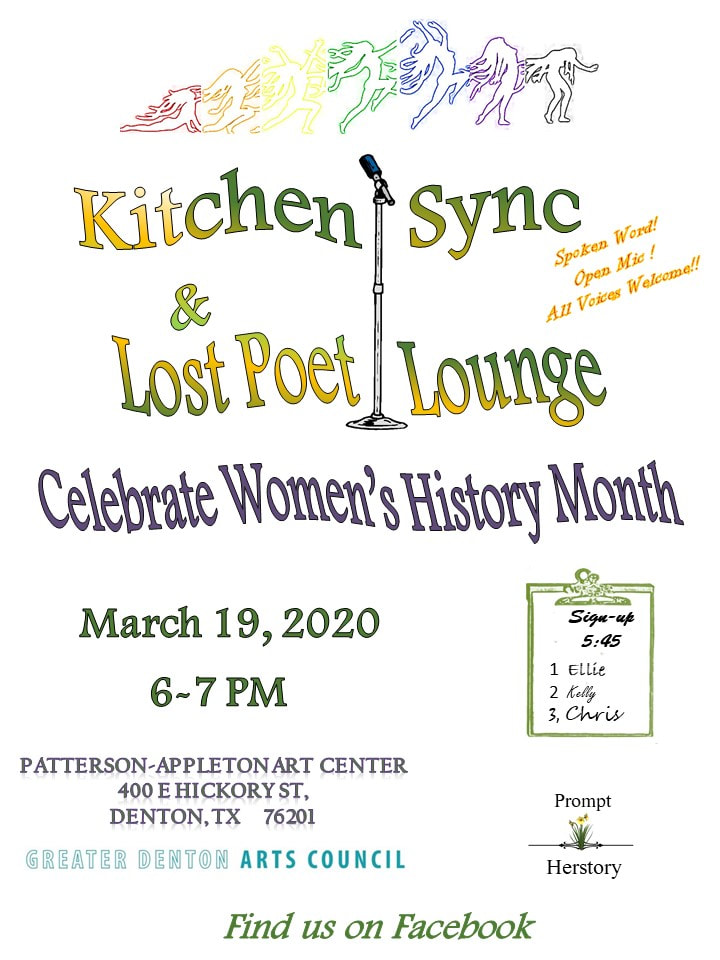 In March GDAC will be featuring Polly Maynard, ANON! A MISS! presenting a one-woman show, “A History of Women in Music from 1400 to the Present.” Her show will start at 7 pm so we will be holding open mic for only an hour before hand, 6-7 pm, but we're invited after the show for cake! Hopefully next month we'll be back to a full evening. Meanwhile ANON! A MISS! should be extremely interesting.

Prompt will be: Herstory – any story about women and their doings -  good, bad, indifferent – women run the gamut and we all have stories.
​
March 20 will bring another celebration of Women's History month When GDAC presents "Everywoman" a star-studded variety of Denton's women artists. Both Ellie Gonzalez and Christine Irving will be part of the performance. Be sure to put both events on your calendar.

Dear Poets and poetry aficionados, February brings us something new to love, as Kitchen Sync and Lost Poet Lounge collaborate in a multi-media event around a theme in which we can all take a passionate interest: “Love Is...”
​
“Love” has been called many things, from “kind” to “stinky” and this is your chance to define it for us.  I’m hoping the open mic part of this performance -15 minutes before and after the show - will offer a wide range of amusing, diverse, scathing, fierce and tender poems as we open our love repertoires to expression!
​
Our event includes an open mic, EIGHT! featured poets, music and dance. February 20 will be a night to remember! Sign-up for open mic begins at 6:15♥

The word “novel” is both an adjective and a noun.  The noun describes a book-length work of fiction usually portraying some aspect of the human condition.  Such stories range in diversity and complexity from simple narrations of one simple plot to complex interwoven themes.  Character development, action, dialogue and description all play a part. Novels come in many genres including crime, science fiction, historical fiction, thrillers, and dramas.  The variations are endless and the boundaries of definition, taste and literary value are very loose and very blurred.  A narrative poem which includes a dramatic arc and tells a story might be the synopsis of a novel.  Novels lend themselves to ekphrasis in whole or part, and are vast resources for prompts of line, title, mood, concept, etc.

As an adjective “novel” describes something as new but also original, fresh and unique.


Foxes live on every continent except Antarctica.  By far the most common and widespread species of fox is the red fox (Vulpes vulpes) with about 47 recognized subspecies.  The global distribution of foxes, together with their widespread reputation for cunning, has contributed to their prominence in popular culture and folklore in many societies around the world.  They are small-to-medium-sized, omnivorous mammals with flattened skulls, upright triangular ears, pointed, slightly upturned snouts, and a long bushy tails (or brushes).

In many cultures foxes have two identities.  On the one hand, they are wise guides, spirit animals of great wisdom and beneficence.  On the other hand, they considered cunning tricksters who may act either maliciously or kindly as the mood takes them.  In all cases they can resort to shape-shifting, usually into human form.  Japanese and Chinese folklore contain many stories about foxes shape-shifting into beautiful women sometimes with good intent, sometimes with evil.

Foxes in the United States have a well-deserved reputation for chicken thievery.  Consider the idiom “Like a fox guarding the henhouse” or “Don’t let the fox guard the henhouse.” https://www.youtube.com/watch?v=SSjNXR6BjBI

“Fox among the hens” has a more sexual connotation used to imply a predatory male.  Women are also called foxes, referring to sexual attractiveness or “Vixens” implying the same, but with more nefarious undertones.

For a fantastic film illustrating the characteristics popularly attributed to foxes, be sure to watch The Fantastic Mr. Fox based on a story by Roald Dahl.  George Clooney and Meryl Streep lend their voices to Mr. and Mrs. Fox. Here’s the trailer:  https://www.youtube.com/watch?v=n2igjYFojUo
​ 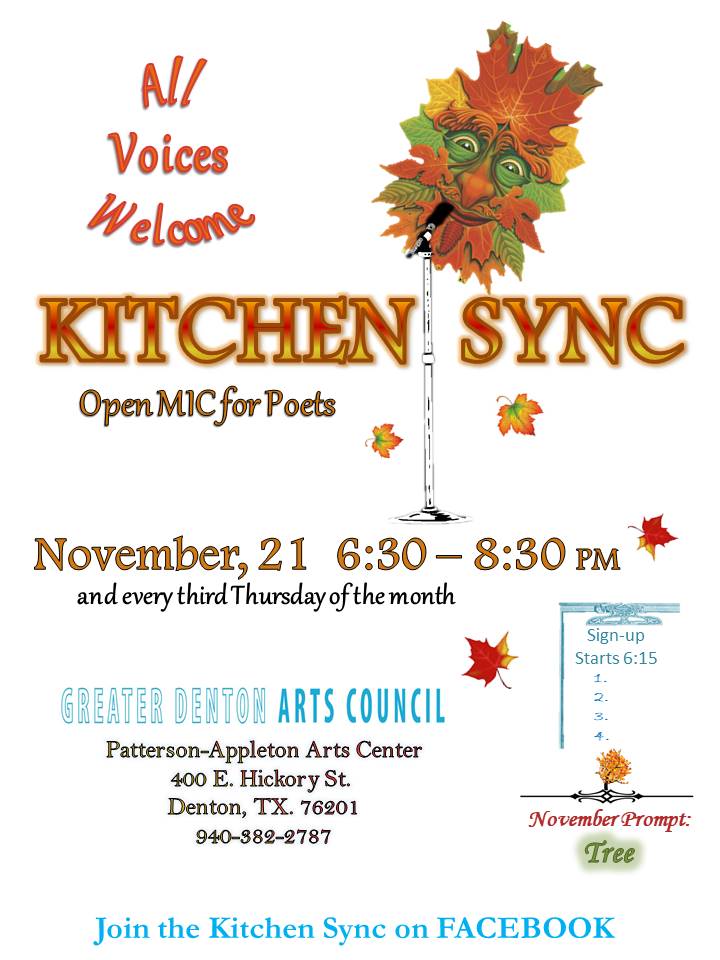 ​The prompt for November is “tree.”   This is such a deep-rooted, full- branched word it might even be good for two poems!  For example, oak alone boasts 600 species in an extended family scattered across Europe, Asia, North Africa and the Americas.

Trees play important roles in many religions. The World Tree extends through all three planes of mythic reality – underworld, middle earth and upper realms.  Its trunk and branches is the ladder which shamans climb to foresee the future, seek out remedies and retrieve lost souls.  In other systems, each tree has an inhabiting spirit that acts as its guardian.  In Christianity, the forbidden fruit of a tree sends humankind naked into a strange new land. Centuries later Christ curses the tree on which Judas hangs.  Afterwards, Christ himself hangs until death on a tree-shaped cross made of wood.  The Celts based alphabet and tribal law on the sacred nature of their native trees.

You’ll find no dearth of inspiration among these groves.  From our own emergence as forest animals, to the evolutionary crisis we face today, trees have been our constant companions and the source of every life-giving breath we take.

Bubble up, bubble over, bubble bath, bubble gum, bubblehead, bursting bubble… Hindu sutras sometimes describe creation as a froth that floats on the sea of existence until it disappears.  Bubbles are transient, ephemeral yet filled with air, prana, breath – just like us, fragile constructs shoved this way and that by the karmic forces of time… In Christian iconography bubbles represent the soul rising towards God or sometime Spirit itself…although bubbles can also represent vanity and worldly luxury.  Dreams dictionaries say being caught inside a bubble represents isolation, while popping bubbles indicts our moving towards a more spiritual way of life.  Are you blowing bubble gum bubbles?  Maybe you’re holding on to a relationship that’s already over... And then there’s soap.... 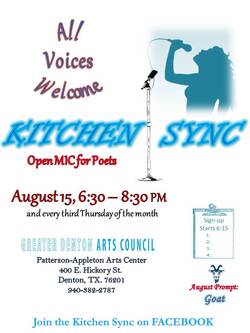 Goat is a capricious (from the Latin capra , goat) animal, given to sudden leaps, and addicted to heights.  Male or female, Goat is a simple of fertility, virility and abundance.  Cornucopias began as goat horns.  Once worshiped in their own right or as companions to the gods ( Aphrodite, Thor, Khnum, Dionysus and of course, Pan) they were creatures of sacrifice from earliest times on.  To this day in Sicily every hamlet owns the biggest, rankest, most long-bearded Billy goat they can find, to act as a lightning rod for misfortune, protecting the village from all kinds of vagrant ills.  The scapegoat is a common figure in mythology and the word remains firmly entrenched in English language and culture.   They carry mixed symbolic memories of unbridled lust, devil-worship, witch craft and cleverness, agility , resourcefulness and sustenance.  Today, their world-wide domestication, and ability to survive on the sparsest forage has contributed greatly to the rapid desertification of huge areas of land.

​A crystal is a substance in which the constituent atoms, molecules, or ions are packed in a regularly ordered, repeating three-dimensional pattern.  Often the interior arrangement of the crystal determines its outer appearance, forming the facets, angles and colors that make it so beautiful to our eyes.  Their ordered lattices also invest them with many strange properties, making crystals invaluable to a variety of technologies.  These same properties make them the subject of several alternative healing systems.  Throughout time and in many diverse cultures, including our own, crystals have long been associated with light, clarity, purity magic, healing, wealth and status.